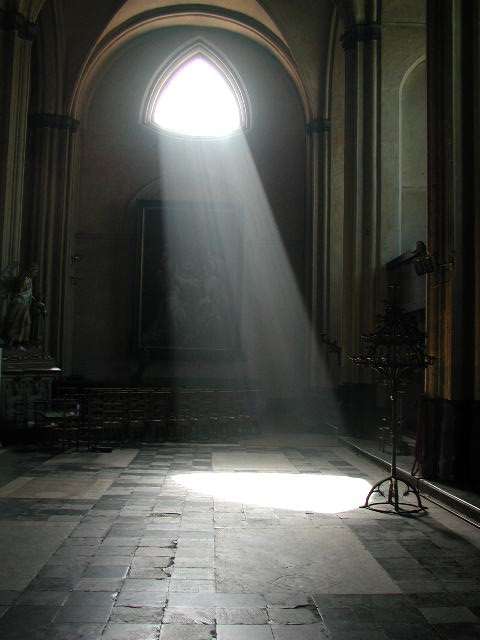 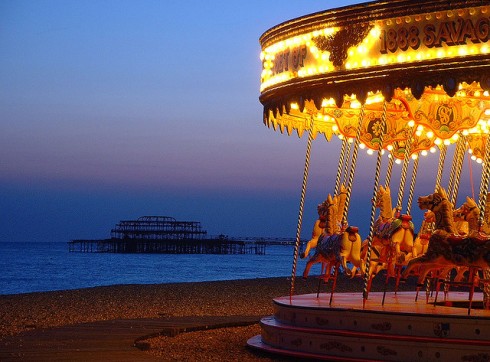 Linda reached for her vibrating cell phone on the nightstand. She didn’t need the ringer; she wasn’t sleeping well these days.

“Linda, we’ve got another one.”

Linda sat bolt upright. “Like the others? You’re sure?”

“Propped up on all fours. Tail, mane – the works. This one’s extra special, though.”

Linda waited, her eyes wide. She looked at the photo of a young girl on the nightstand.

“For Chrissakes, Marty, spit it out. This isn’t a game show.”

“This one has…more accessories. Just get down here and see it.”

“It? These were people once, Marty. Have some fucking respect.”

The details of the report she’d been writing earlier that evening played like a movie across her mind: three murders so far, all known perps. Pedophiles. Overpowered, restrained, throats slit, dressed up to resemble what appeared to be horses and left propped on hands and knees. They’d been found in abandoned warehouses around the outskirts of Boston.

But something, a faint echo of insight, tugged at the edge of Linda’s mind, depriving her of sleep.

Linda arrived at a warehouse in Revere. The parking lot was loaded with official vehicles, the blue strobes flicking off the stained brick façade of the building. The Revere cops stood around looking resentful while the Staties conducted their investigation. As a State Police detective, Linda was allowed to enter immediately.

“Upstairs in the back office. Just follow your nose.” Marty accompanied her to the base of the stairs and yelled up, “Alright, clear the fuck out of there and let Einhorn have at it.”

Linda ascended the stairs, steeling herself. The sweet odor of rotted flesh and blood forced a hand to her face.

As the last of the crime scene techs walked past her, Linda entered the office. It was small, cramped, but with a large window through which, she assumed, a manager could supervise the floor. Linda looked up. Brown stains spread like old maps on the suspended ceiling tiles.

A spotlight stood in the corner to her right, illuminating the star of the show.

White male, approximately forty-five years old. He was naked and draped over a low-slung bench. At first glance, one would think he was up on all fours.

As expected, a broken mop handle protruded from the victim’s anus, the mop giving the appearance of a bushy tail. He’d been spray-painted white and stood out in stark contrast to the bloodied, dirty office décor.

There was a transverse slit across his throat. On his head was a silver-pink wig, like a horse’s mane. Under his chin, a section of rusted pipe held his head up. His milky, lifeless eyes were frozen in a rictus of surprise and horror.

Then Linda noticed it: an ice pick with a spiral white handle planted firmly in the victims’ forehead.

“A unicorn,” she whispered to herself.

Her mind raced through the prior crime scenes.

A pink painted victim with blue mane and tail.

A black ‘horse’ with his forearms broken to make it appear he was prancing.

“Oh my God,” Linda said to no one. And it all fell into place.

She rushed back down the stairs.

Marty was waiting at the bottom with a cup of coffee.

“That was quick. How’d you like the ice pick? Nice touch, eh? We’ll be here all nigh-“

Marty grabbed her arm and pulled her into a corner.

“It’s not him, Linda. Stop torturing yourself.”

Linda stared through the ceiling up into the office and thought of the Unicorn up there.

Her daughter, Sammie, had loved unicorns. Each time she and her ex-husband Peter had brought their little girl to the Salem Willows, Sammie had only one desire: to ride the unicorn on the ancient carousel.

The day Sammie was taken, Peter was playing Skee-Ball in the arcade next door. Later that night, the Salem cops had found Sammie – or what was left of her – in a dumpster at Pickering Wharf.

Linda had of course focused all her grief and anger on Peter. The marriage was over. How could they make life whole again with Sammie’s violent absence living in the house with them?

“Where were you?” How many times had Linda thrown that in his face?

Peter had left before the divorce was final. Almost two years now.

Then, about four months ago, the bodies started showing up.

No one could know about the carousel. But Linda’s suspicions were now confirmed. She knew it in her bones that Peter was the one.

“Hey, kid. Why don’t you go home? I’ll clean this fucking mess up and we’ll regroup tomorrow at the barracks.” Marty could be tender on those occasions when he remembered he still had a heart.

“Thanks.” Linda was stunned. Not sure what to do next.

At home in bed, Linda wept as she hadn’t allowed herself to weep for the past two years.

In the fetal position, she finally dropped off to a tortured sleep.

In her dream she heard the carousel’s crazy carnival music. The lights blinked and the sun glinted off the many mirrors on the ride.

Sammie, as usual, rode the tall, white unicorn with its flaring nostrils and gleaming brilliance. Peter stood next to her, making sure she didn’t slide off the oscillating beast.

With each revolution, Sammie’s faced grew paler and started to putrefy. Finally, Linda saw Sammie come around, dead, mutilated, gripping the pole that rose up out of the unicorn’s back.

Linda was sobbing in her sleep. In her dream, she was screaming.

And he descended from the carousel toward Linda, like an avenging angel.

This is the latest Flash Challenge for Chuck Wendig at terribleminds.

Bob Bois is a writer living in the old, mysterious hills of Central Massachusetts. He blogs his horror flash fiction at http://sittingindarkness.com END_OF_DOCUMENT_TOKEN_TO_BE_REPLACED
This entry was posted on Friday, July 29th, 2011 at 11:59 am and tagged with carousel, check wendig, horror and posted in Flash fiction, horror, microfiction, short short fiction. You can follow any responses to this entry through the RSS 2.0 feed.
« All the Way Around the World….
Rumors of my death are wildly exaggerated… »